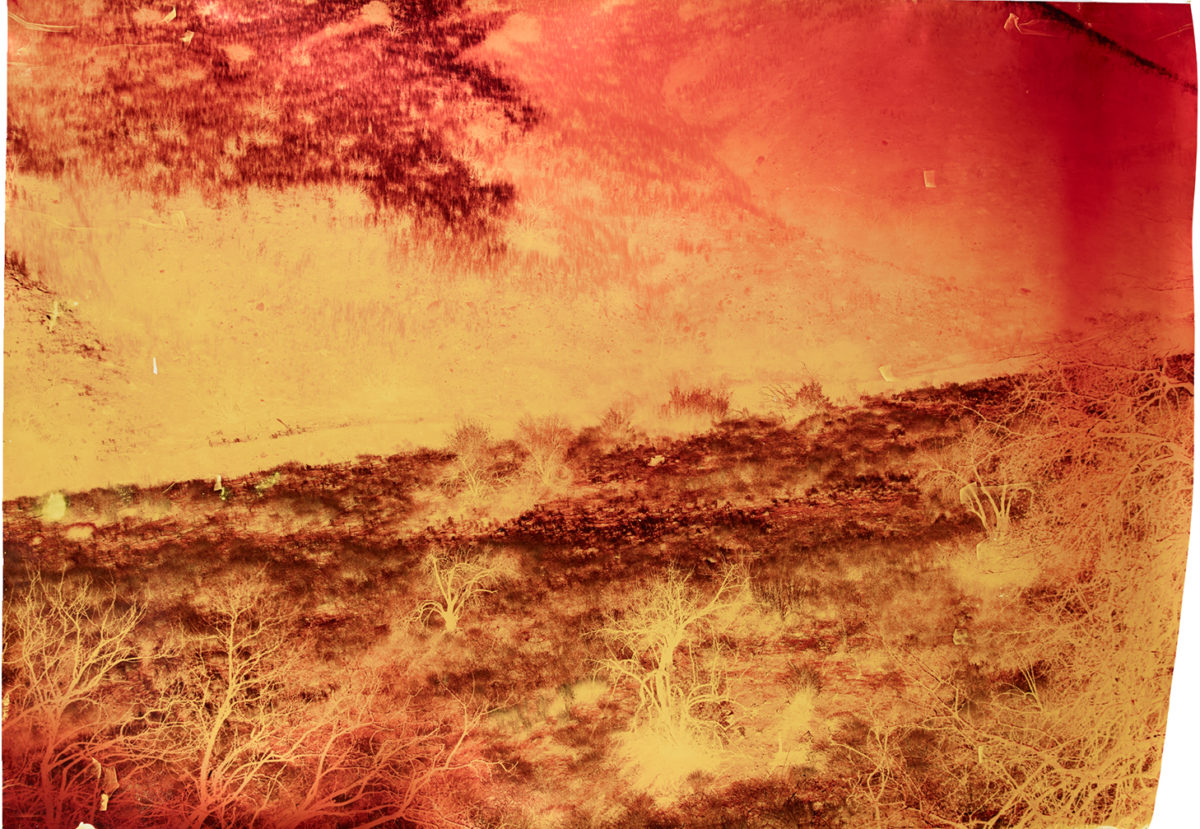 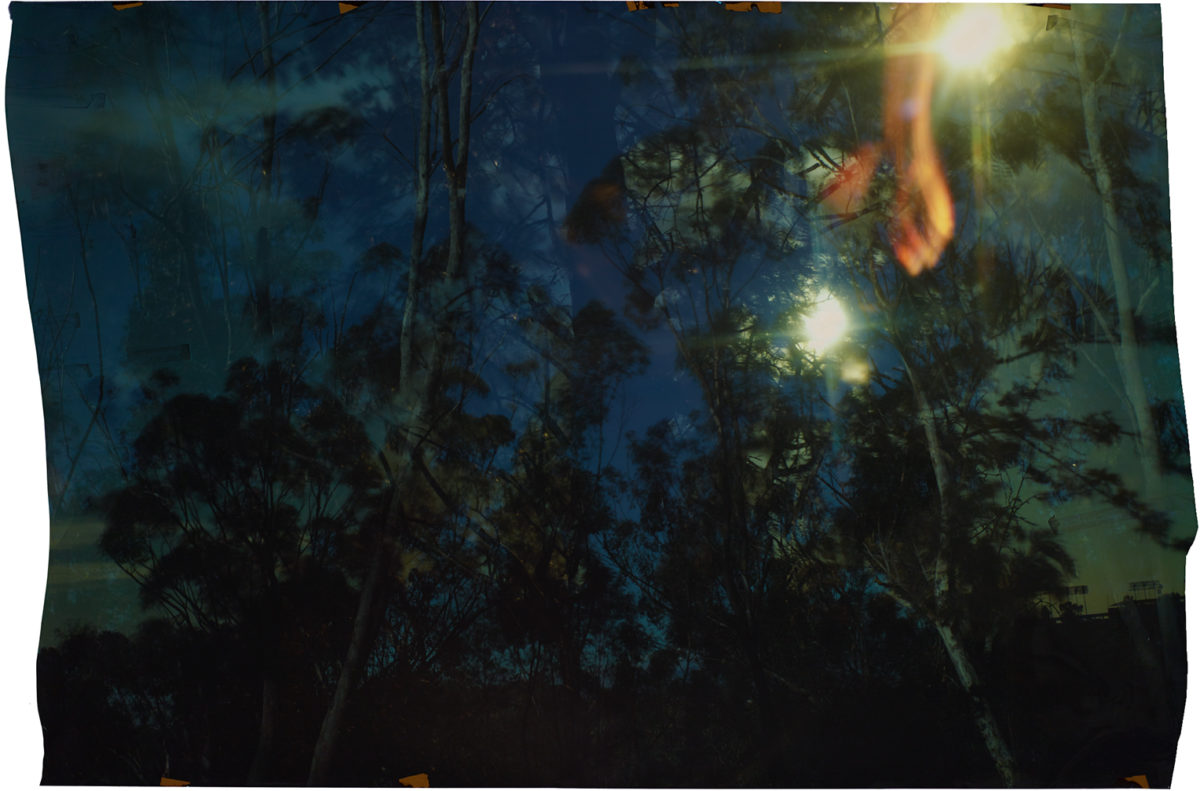 Using cameras he has designed and built himself, Chiara’s inventive techniques, such as shooting directly onto positive color photographic paper, leave behind visible traces of his process. The resulting works of art invite us to contemplate their content while pointing to the chemical aspects of their creation. The subtle streaking, overexposure and sharpening of detail Chiara achieves in his work amplify a sense of disassociation.