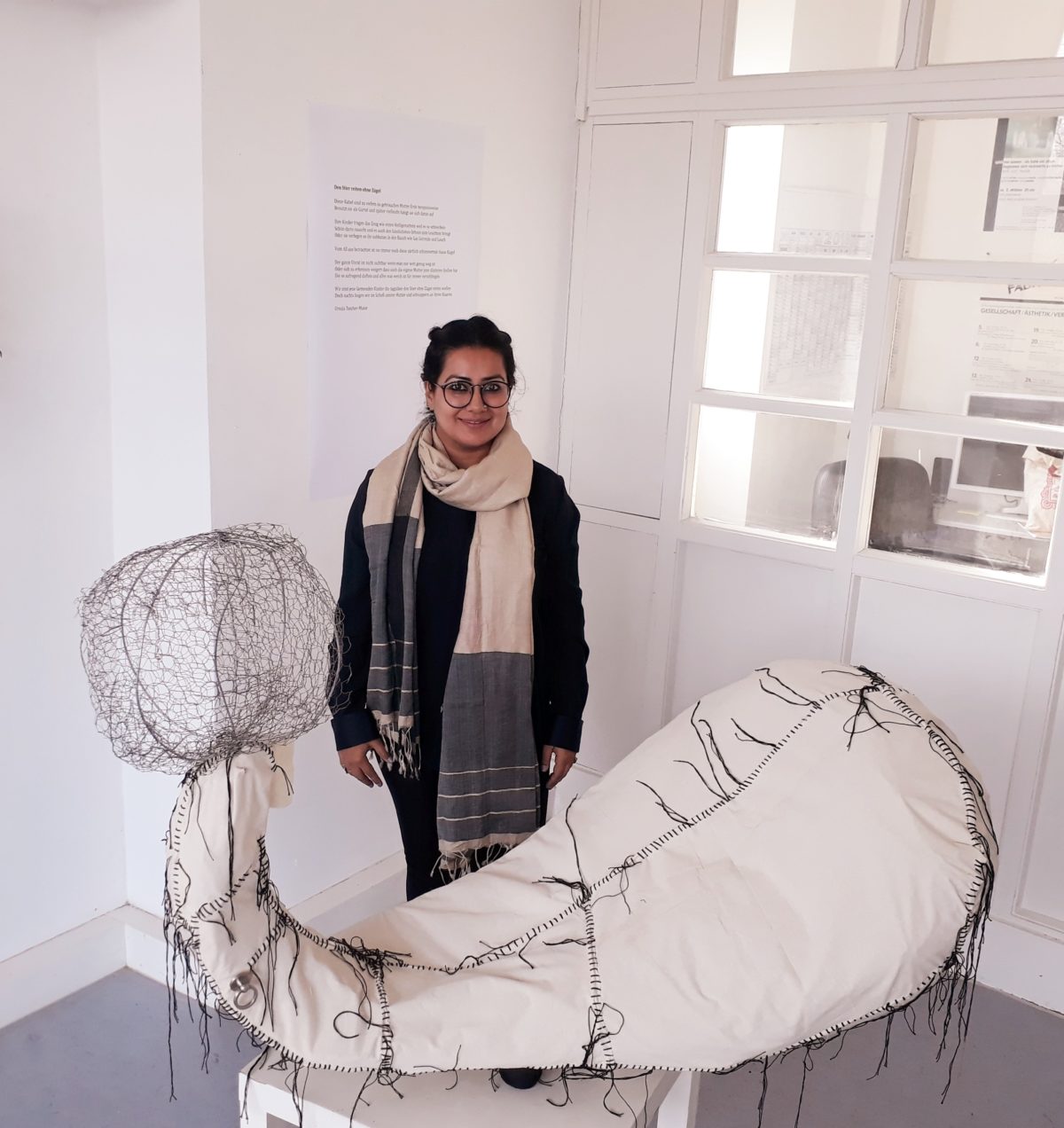 Is an active sculptor artist from the city of Mumbai, India. She received a BFA in sculpture from the Sir J.J. School of Fine Arts, Mumbai.

Her current works are on human conditions and contemporary state of mind of the society in modern times. Coming from a conservative family and passion towards art, her visuals have a tendency to show boldness and free flowing thought process. Representing social and political issues in a conceptual manner, the forms represent a surreal character. The concept of the artist is about the struggle which lies under the skin of the social image. The three dimensional and conceptual representations narrate the female perspective towards translation of the human experience and the philosophies. Female forms and characters are the main protagonist of her artworks. With a fascination towards linearity of forms and drawing representing human expressions her concepts reveal the situations in the society. In an ironical way adopting traditional techniques which are taught mandatory when a small girl like stitching, embroidery. The works involve an essence of the culture and traditional aesthetics to show the modern perspectives towards humanity and importance of individualism ignoring gender discrimination.

In 2016 Nihalani received the merit award from Bombay Art Society, in 2017 she received the Lord Mayo memorial award for sculpture from Sir J.J. School of Art. In 2018 having participated in the Indo German collaboration at Kunstfabrik, Darmstadt she represents a visual reflection of culture and technology in a contemporary method.

In the recent Scholarship Exhibition in the Honorary Embassy of Republic of India in Stuttgart in 2018 she projects the women in India with a contemporary perspective relating to the underlying progressive thoughts and philosophy involved.

Her upcoming Solo show in 2019 in Berlin reflects the social and political impact of British in India and representing the conceptual works emphasising existentialism of mankind.

The artist currently lives and works from India.