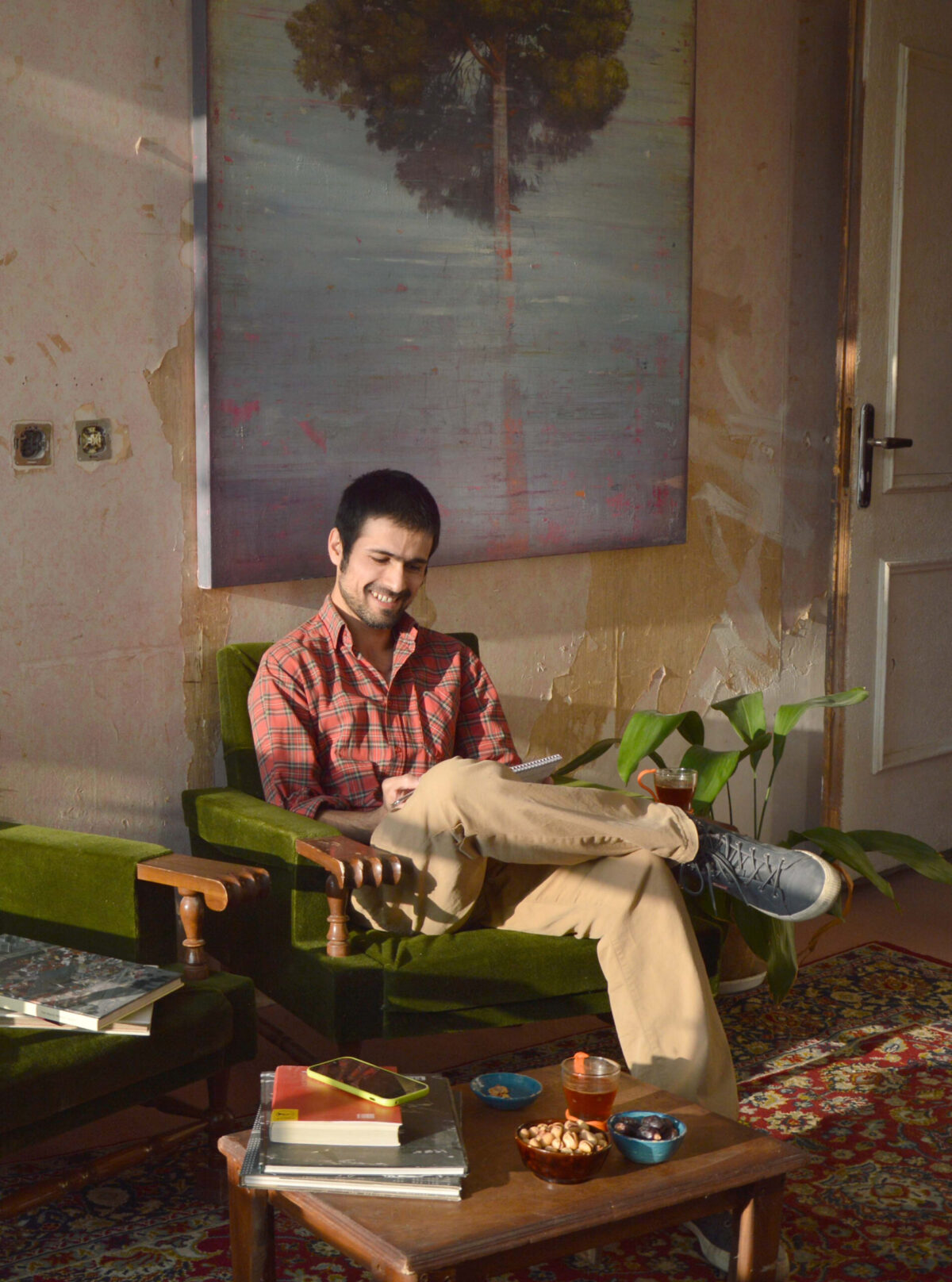 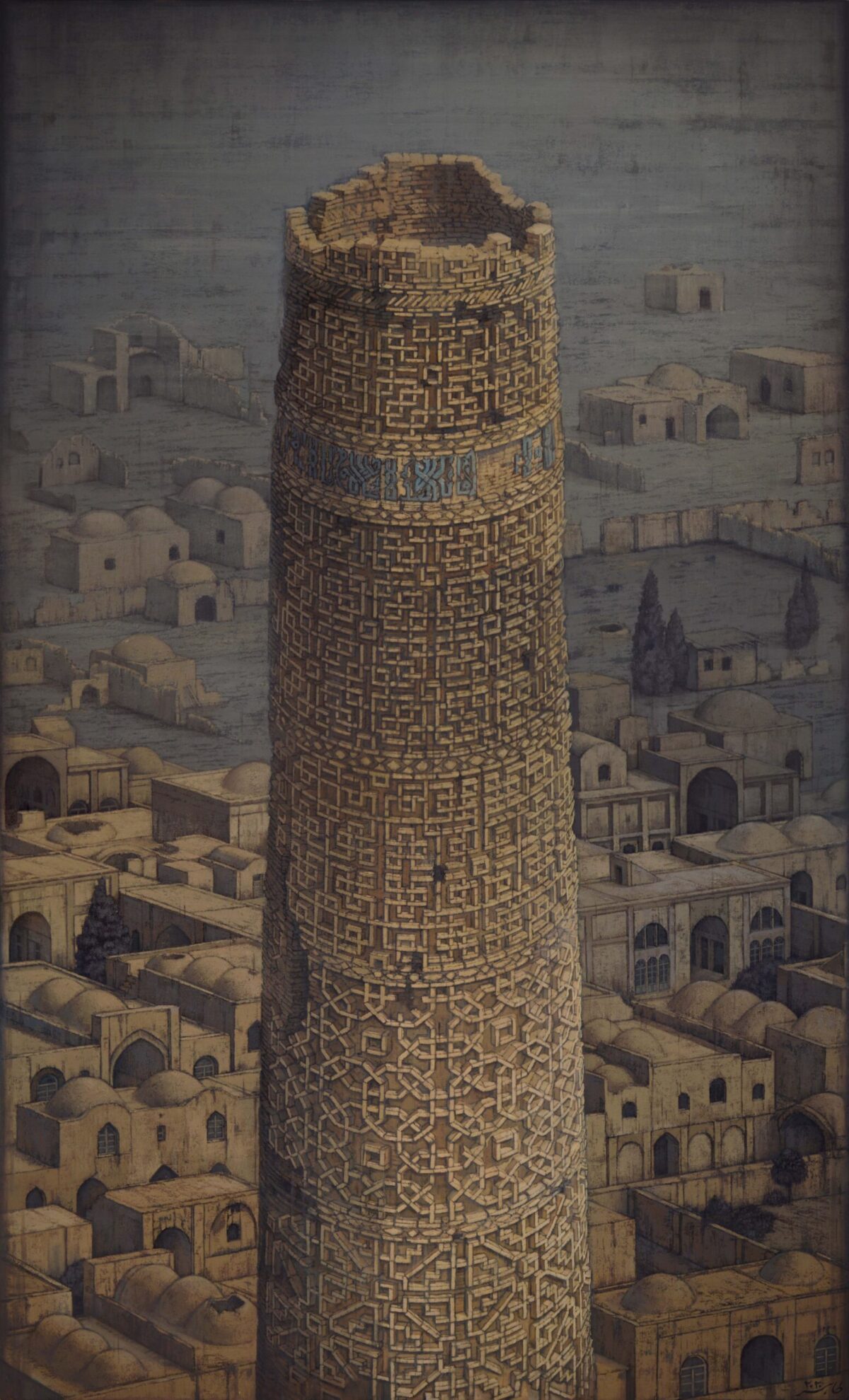 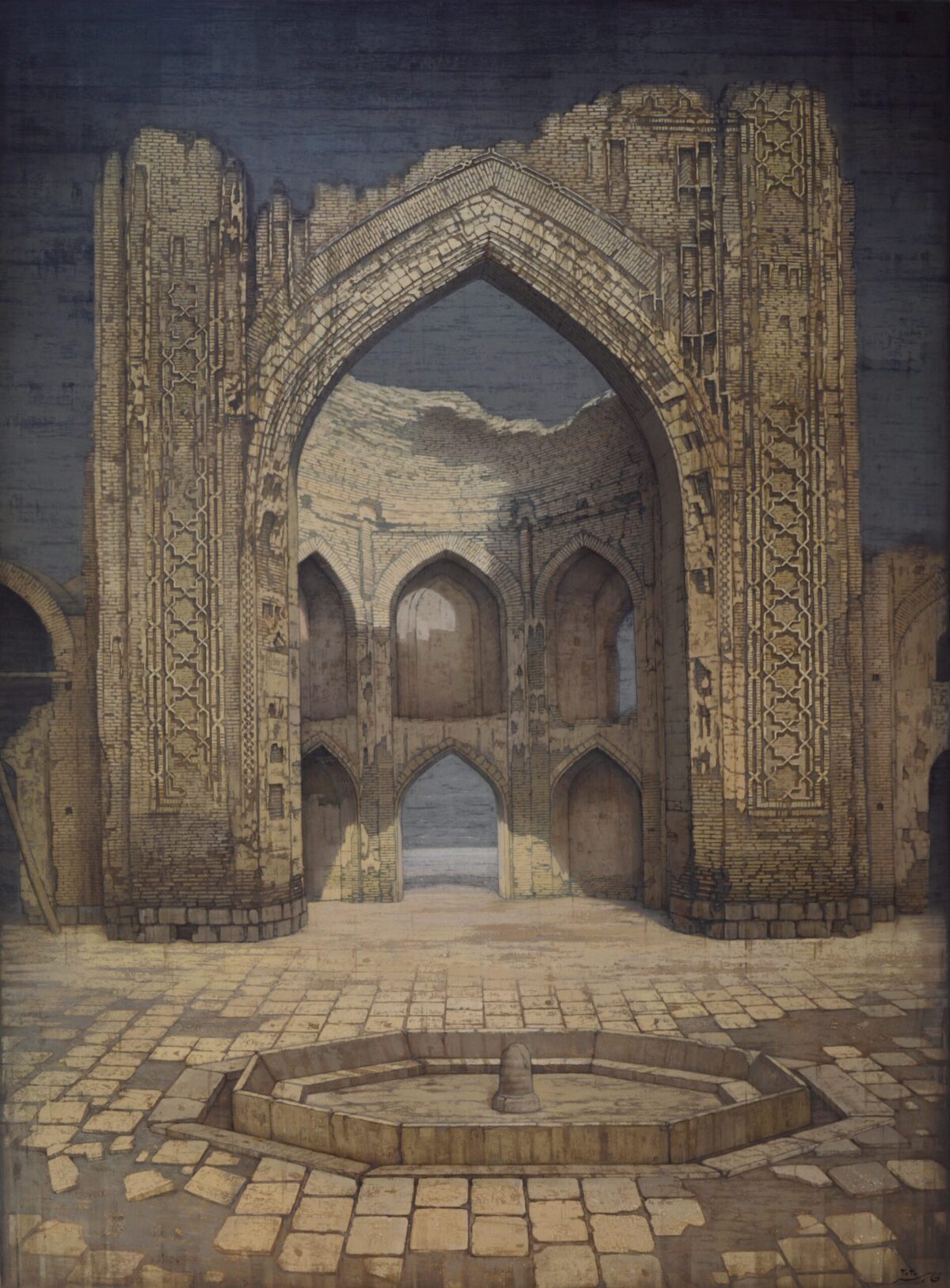 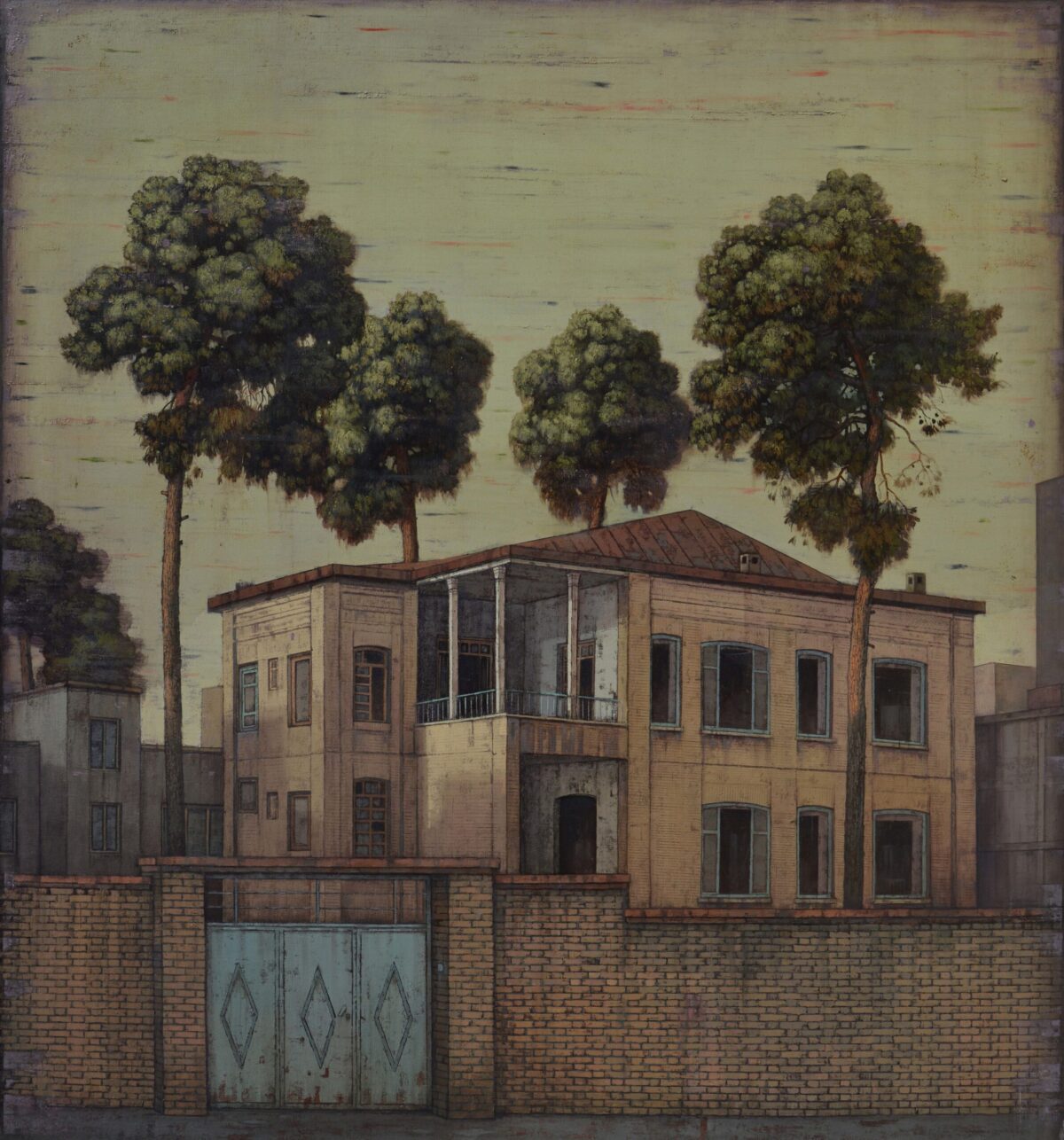 Taher Pourheidari is a Tehran-based artist. He was born in 1984 in Yazd, and raised in Kerman, Iran. He moved to Tehran to attend University in the early 2003s. After earning a Masters’ degree in Painting from Tehran Art University 2010, he spent over a decade working on painting cityscapes.

He often portrays abandoned buildings steeped in a life once lived, housing lost memories, and deeply rooted in the psyche of the city in which they stand. His works are not limited to a simple landscape. Through his practice he challenges the architecture and specifically the Iranian architecture by creating an apocalyptic atmosphere and shows a picture of the wonders of Iranian art which is about to finish. Architecture is just a tangible reference to warn of a culture that is being destroyed.

Taher has done paintings of cities such as Tehran, Rasht, Beirut, and Yazd which have been exhibited and presented in solo and group settings in Iran and various countries such as Britain, the United States, the UAE and Germany.